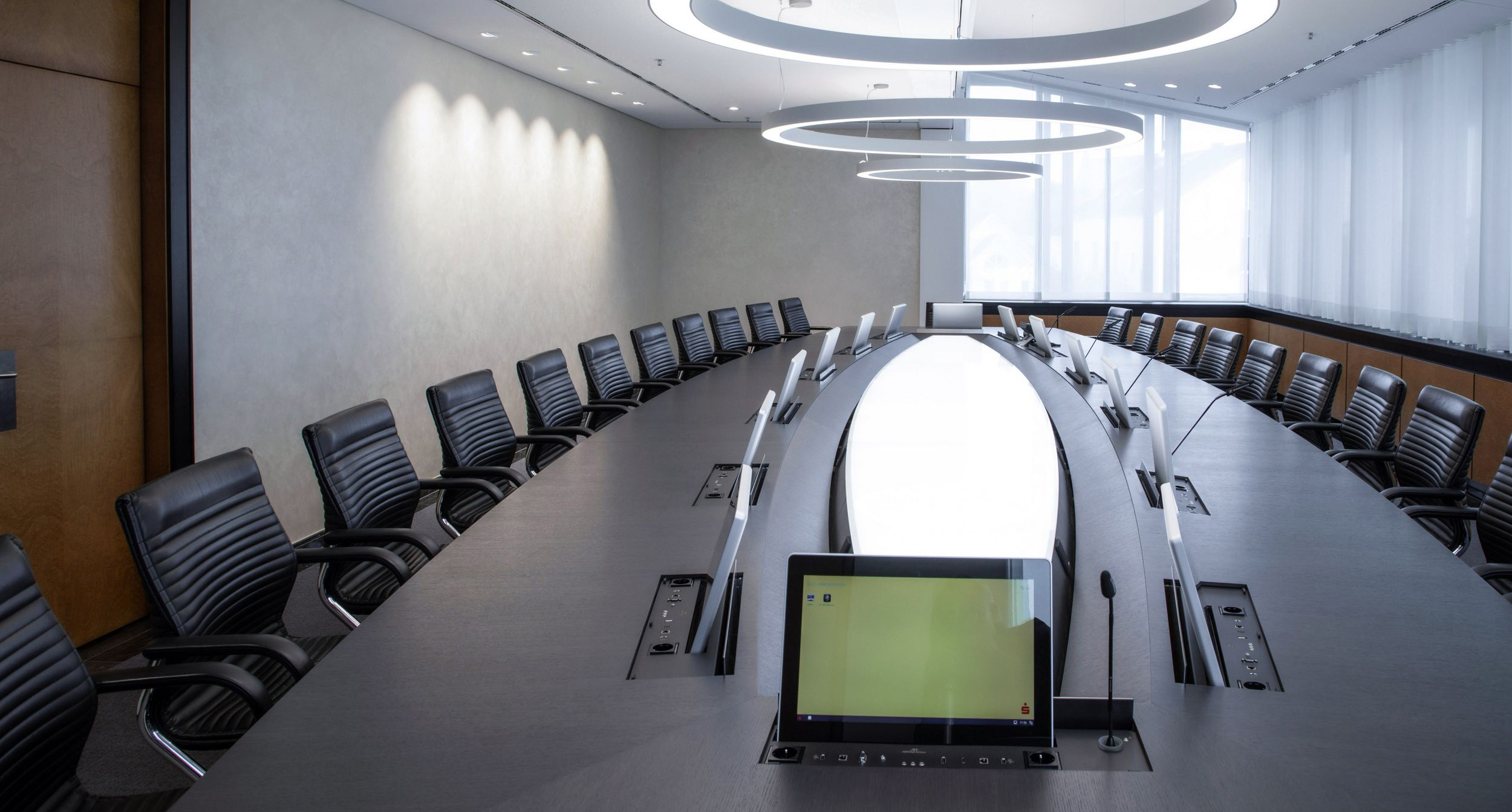 Sparkasse Westerwald-Sieg is one of the larger savings banks in Rhineland-Palatinate as a result of the merger of the two district savings banks Altenkirchen and Westerwald in June 2015. A meeting room with a room-filling meeting table with integrated conference technology has now been set up at the main branch in Altenkirchen.

When you enter the conference room, you see a table that immediately catches your eye with its special design. Not only the dimensions of the oval-shaped table of nine meters length and three meters width are impressive, but especially the integrated technology. This custom-made table contains technology that leaves nothing to be desired and was realized in cooperation between the companies bürowelt², onEvent and Noll Werkstätten.

When the conference begins, 14 17-inch displays can be electrically extended from the tabletop via the media control system. These are Arthur Holm DB2 devices. The series was specially developed for such applications and supports a resolution of up to 1080p (Full HD) in this size. A total of 15 Quickselect 3.0+ transceivers from Kindermann were installed under the table for signal transmission. The special feature of the QuickSelect system is the possibility of daisy chain cabling, which allows a large number of transmitters and receivers to be strung together with one device. One press of the "ShowMe" button enables content to be transmitted to all displays.

Perfect transmission of image and sound

However, not only the image, but also the sound is transmitted via Kindermann's transceivers. Because this table also hides a whole range of audio technology. Four microphones from Sennheiser were integrated for sound input, which can be moved out of the table together with the displays. A total of 14 speakers from Bose were integrated for sound reproduction, including two bass modules and twelve tweeters from the Bose FreeSpace series. 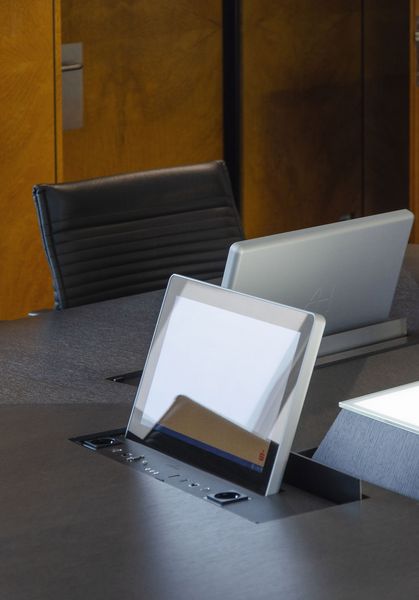 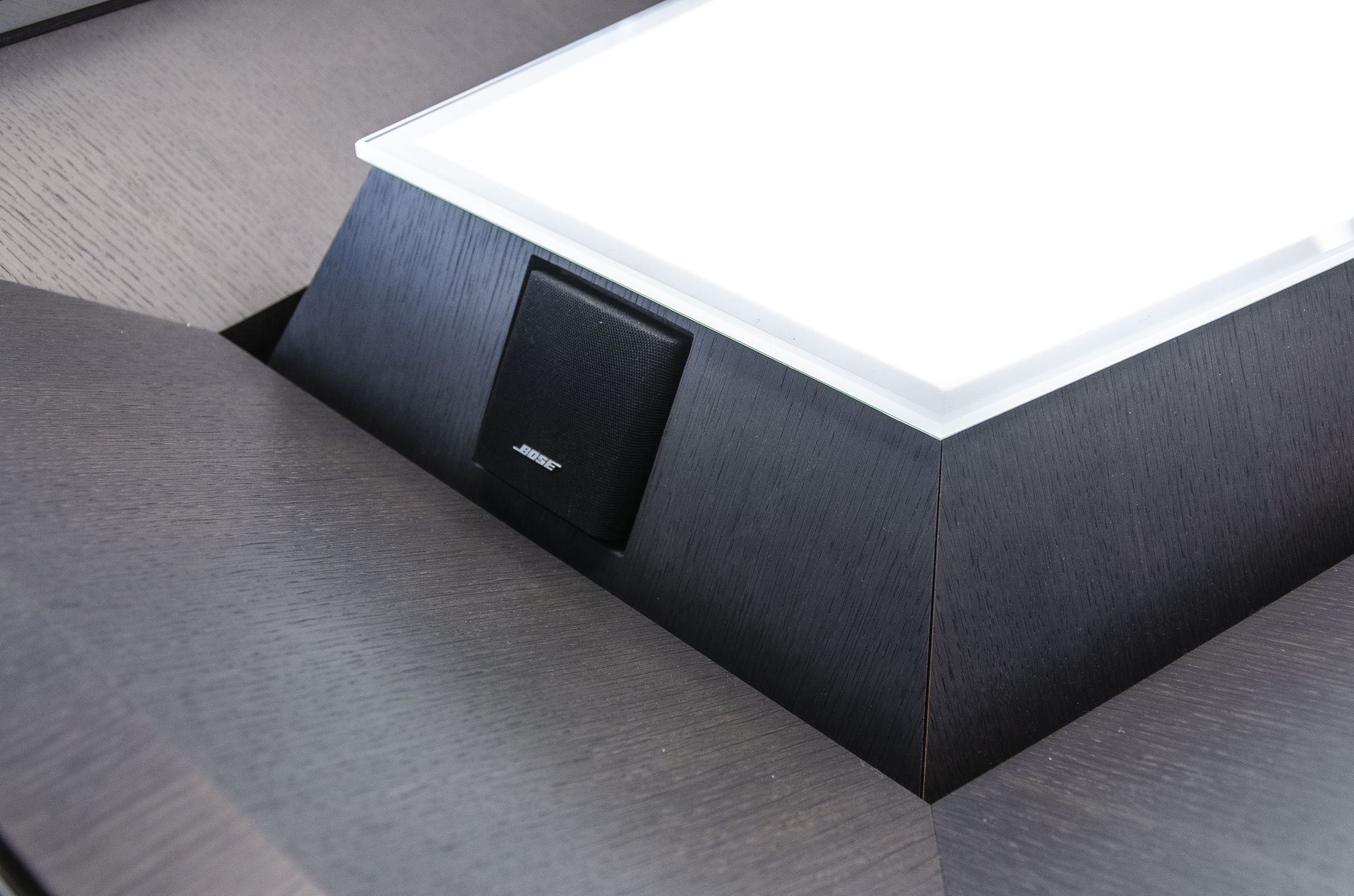 In the center of the table oval is a futuristic recessed lighting. This can also be operated via the media control system. A total of seven control panels have been integrated into the table, which can be used to control the room's entire home and media technology. Various pre-programmed scenes can be called up simply at the touch of a button; for example, the blinds are automatically lowered as soon as the ceiling light is switched on.

"Based on our good experience, we decided to use Kindermann Quickselect for the series connection. Thanks to automatic address assignment, it can be installed faster and more reliably than other solutions on the market. After integration, we configured the system once and everything worked right away," says Daniel Fuchs, Managing Director of bürowelt² GmbH & Co. KG, Neuwied. 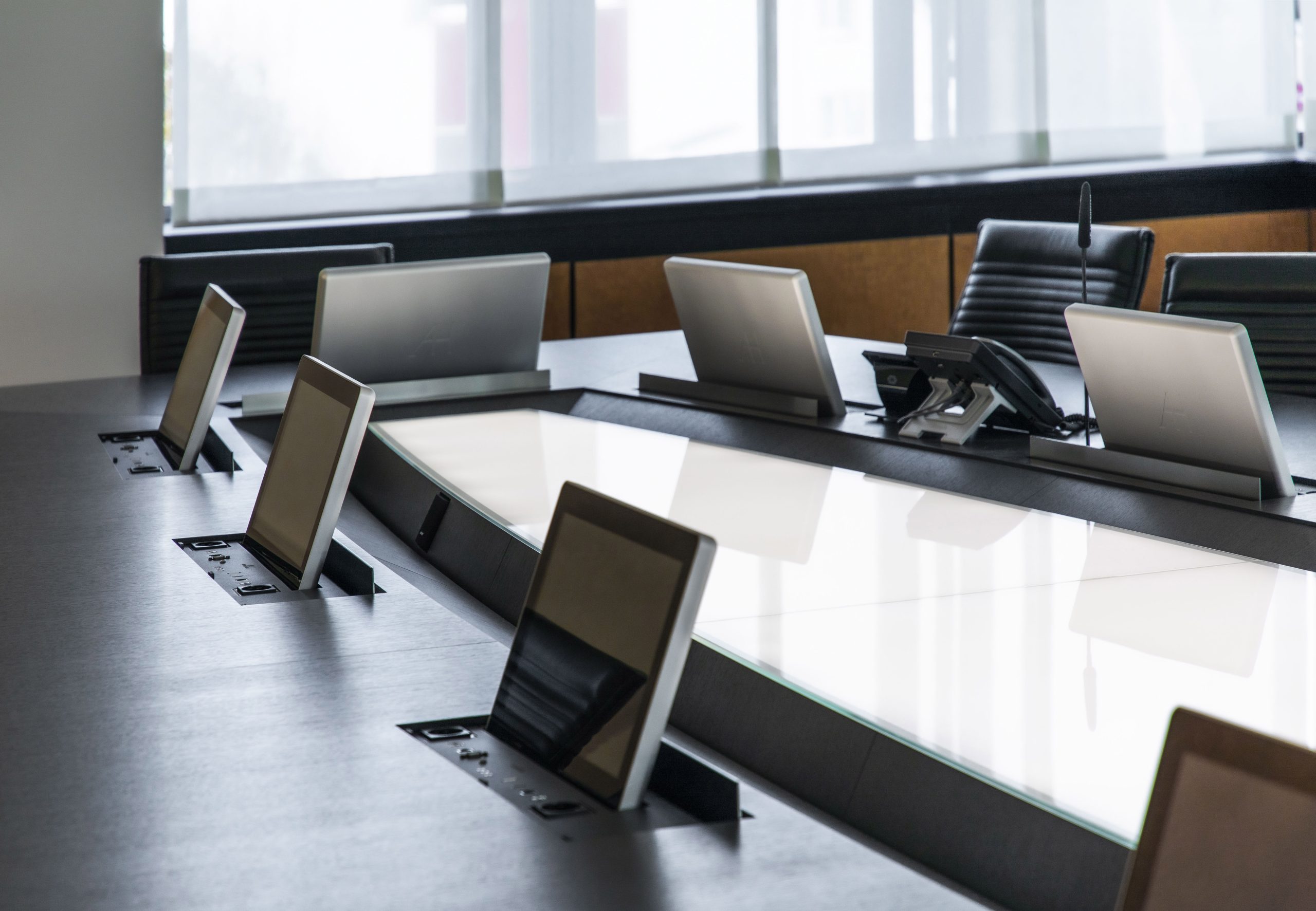